Onno Blom is founder of our firm. With almost 40 years of experience in pension law in various positions and capacities, he still comes up with something new every day. Asa specialist, his orientation and interests have always remained broad. His practice revolves around large and complex cases, which sometimes even require complete project management. Financial interests in pension law are large and the legal relationships complex. In that world Onno paves the way for his clients.

Onno combines his work as a lawyer with his position as a deputy justice in the Court of Appeal of The Hague. That is an ideal combination for him. His work as a judge makes him sharper as a lawyer and his view of the lawyer makes him better understand as a judge which interests drive parties. Onno knows “where things are going”.

Onno started his career in 1984 at a large pension insurer, where he became head of legal affairs. He then worked for several years as a pension consultant with legal and commercial responsibilities. In 1995 he became a lawyer at the Stibbe office in Amsterdam. Over the years, he built up an enormous network in the pension world (also internationally).

Over the years, Onno has been a ranked lawyer in the Chambers Europe Guide, in which Onno was ‘described by clients as “one of the best experts in the country” for pensions work.’ But also ‘praised for his technical expertise and personable approach.’

Onno Blom has registered the following main (and sub) legal areas in the register of legal areas of the Netherlands Bar Association:

On the basis of this registration, he is obliged to obtain ten training points each calendar year in his registered principal area of ​​law, in accordance with the standards of the Dutch Bar Association.

Furthermore… Onno does not only live on pension matters. He likes to be outside on the beach and is not afraid of a refreshing dive in the sea. Outside of law, his interest is in modern art and history. He is sometimes mockingly referred to as a moonlighting historian. Because life is too short to drive around in boring cars, he prefers to move as a true petrol head in an old car. Often on the way to a museum or exhibition. 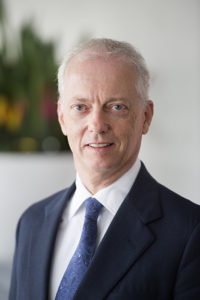 Onno is associated with various study centers and committees. He is a lecturer in pension law at the Study Center for the Judiciary, the training center of the Judicial Organisation. He is the independent chairman of various pension fund Disputes Committees, including Stichting Pensioenfonds KPN. Onno is involved in various pension law and legal associations, such as IPEBLA (International Pensions and Employee Benefits Lawyers Association).

Curious about Onno’s CV, publications and training? You can find it via the LinkedIn link above. Publications can also be found on our website.

Get in touch with Onno